On Saturday and Sunday, July 8 & 9, 2017, from 10 am – 4 pm, Palmer Woods opened seven of neighborhood’s most extraordinary gardens — including the Frank Lloyd Wright Garden and the B & D Garden Design Garden — and five fabulous homes from the Mid-Century era. This was a self-guided walking tour with docents stationed at each home and garden to provide insights on history, architecture, design, gardening and more!

Please stay in touch, join our email list, and we will make sure you know when tickets go on sale for the home and garden tours and other special events for 2017.

Detroit’s Palmer Woods neighborhood, founded more than a century ago, is well known for its grand mansions, especially of Tudor influence, which were constructed in the early 20th century. At that time it was popular for people with wealth to be conspicuous about display of their assets, particularly with their homes. By mid-century, new styles of architecture in Palmer Woods and across the country began to emerge. People tended to be less ostentatious and this was reflected in the homes they built. The homes tended to have simpler and cleaner lines and not as imposing as structures built in the previous two decades. The interiors of the homes were also more streamline, but still were constructed with the most up-to-date designs and quality materials.

Please take your time and enjoy all that our Home and Garden Tour has to offer. 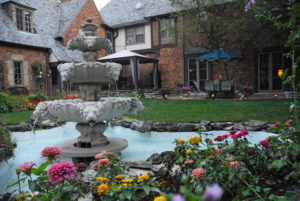 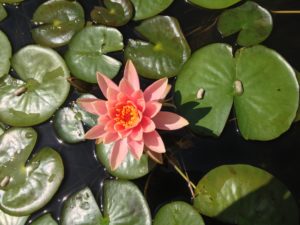 The tour raised over $12,000 for future neighborhood beautification projects. Moreover, participants left with very positive impressions of Palmer Woods. The soiree and tour were featured in the Detroit Metro Times, which noted “Long considered one of Detroit’s premier neighborhoods, Palmer Woods strives to preserve both its history and its majesty.”