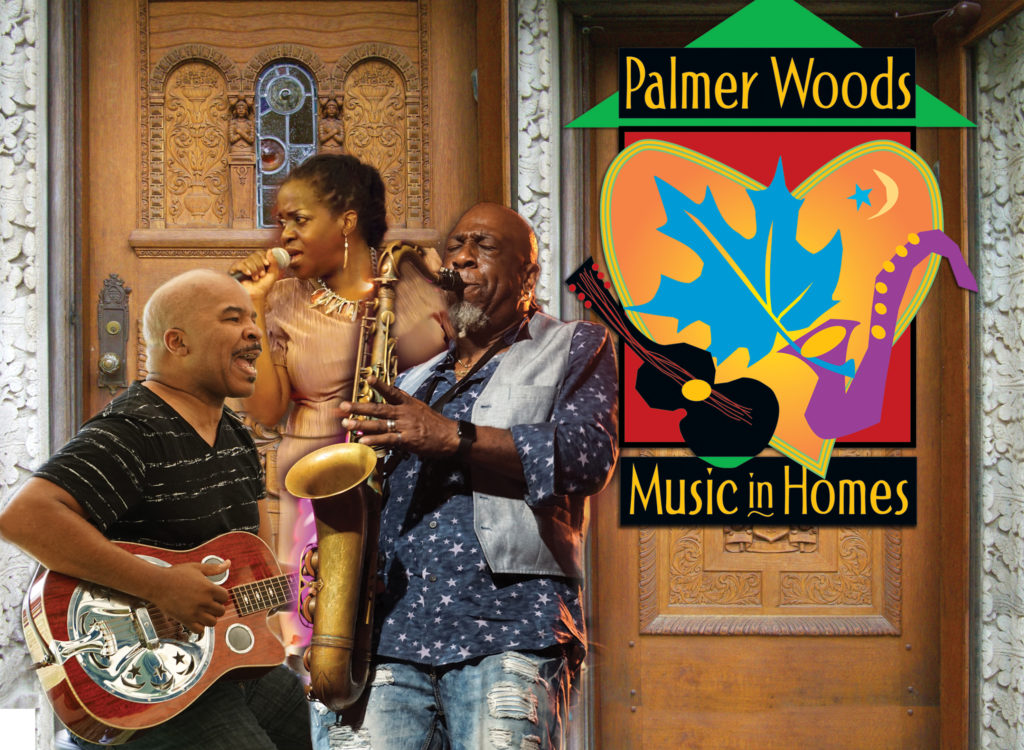 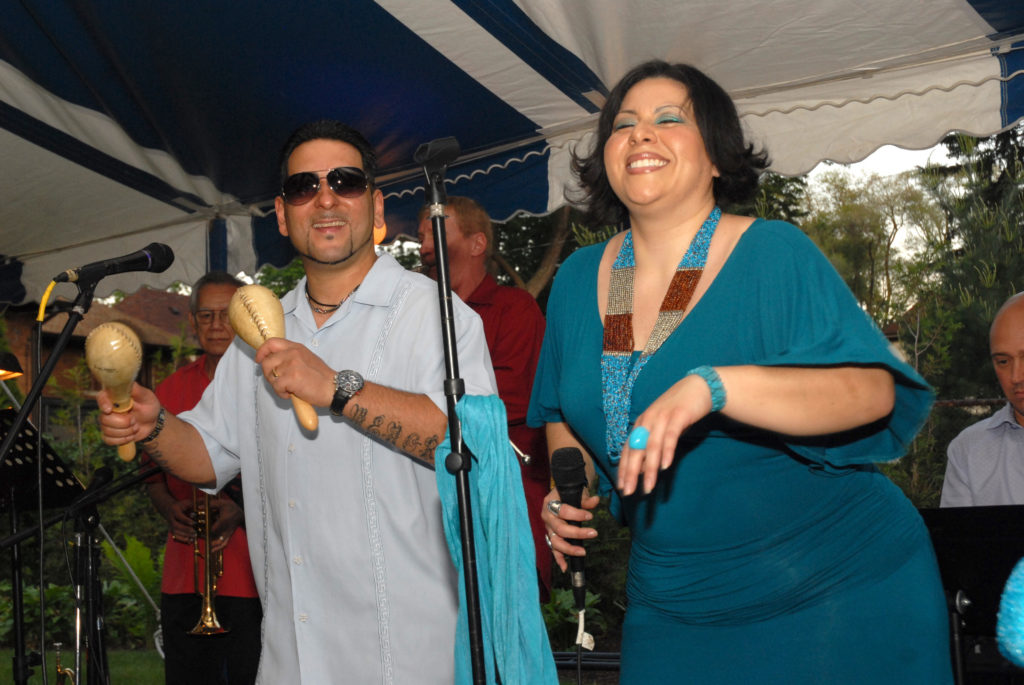 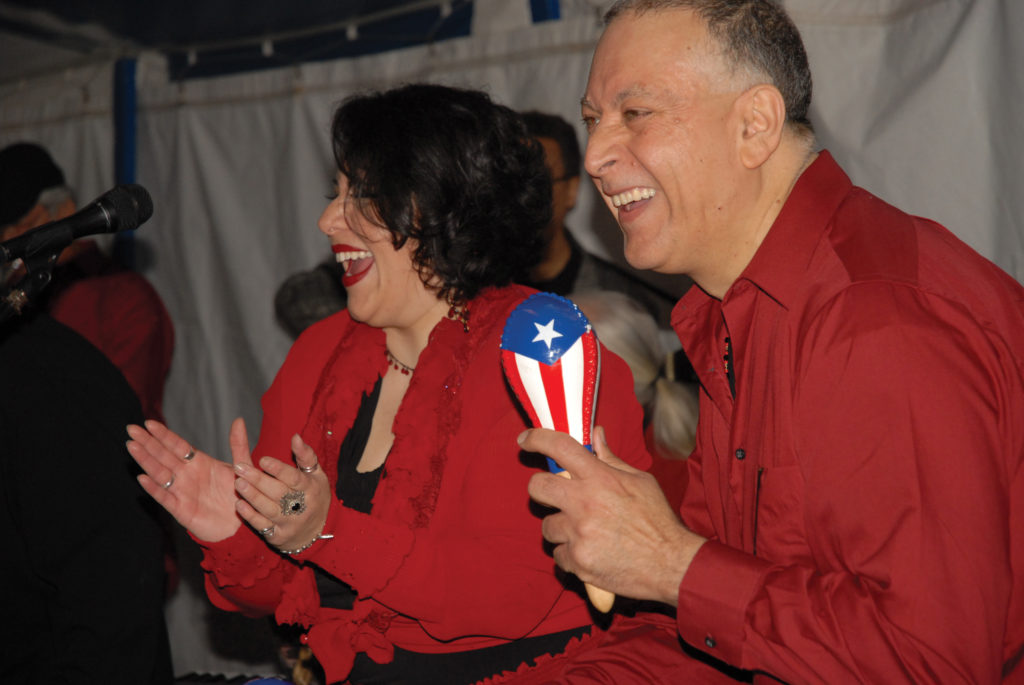 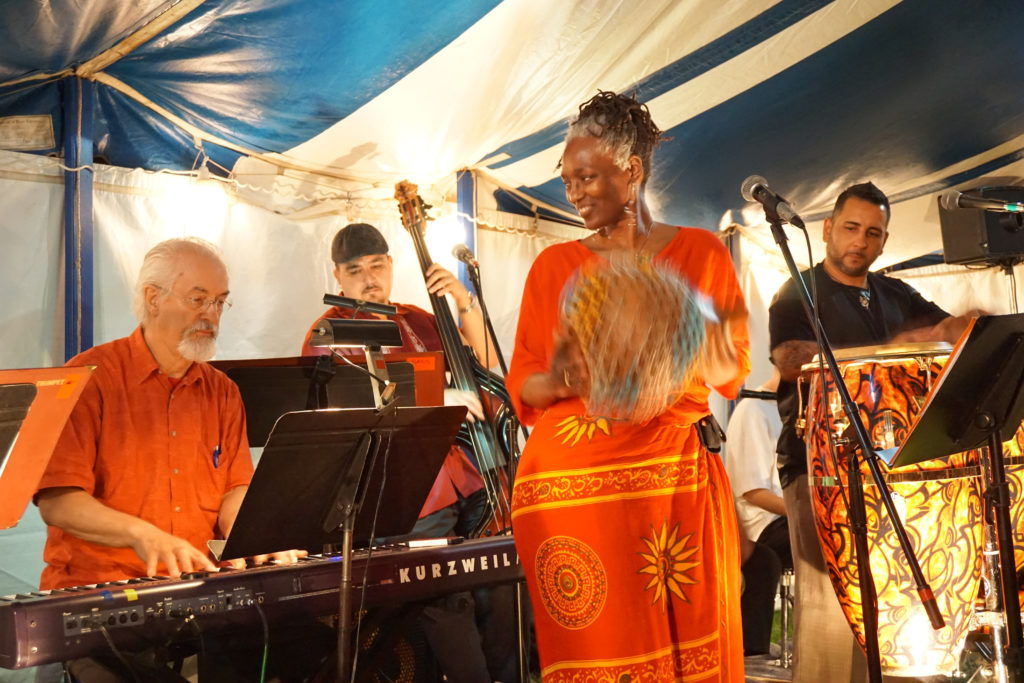 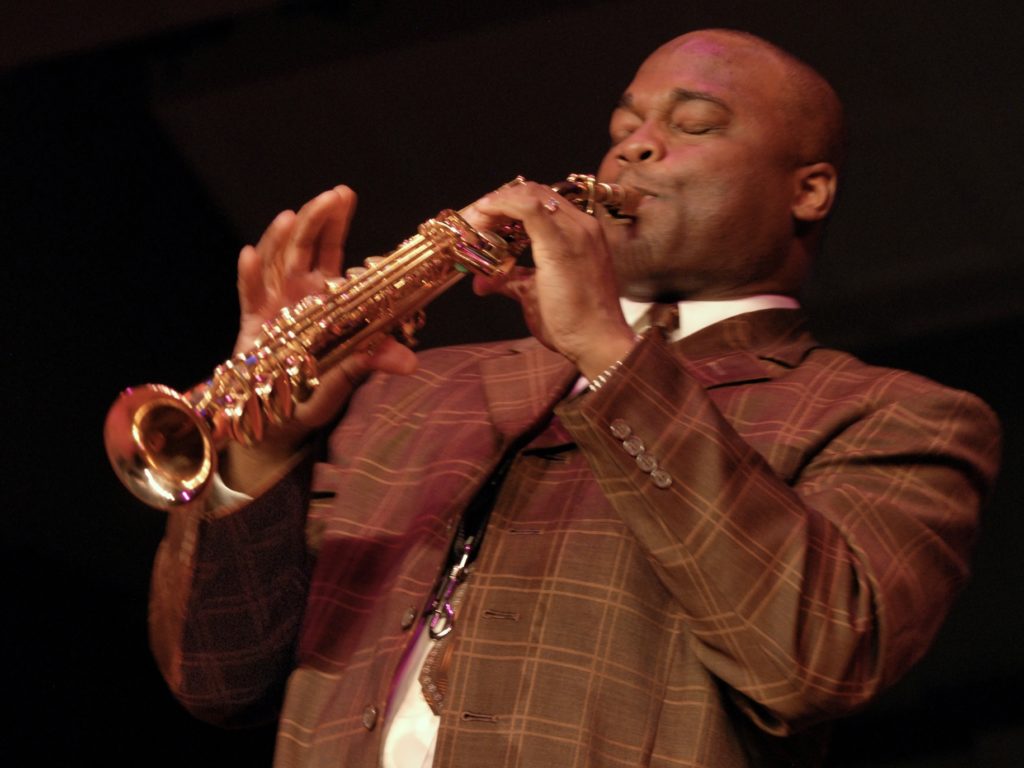 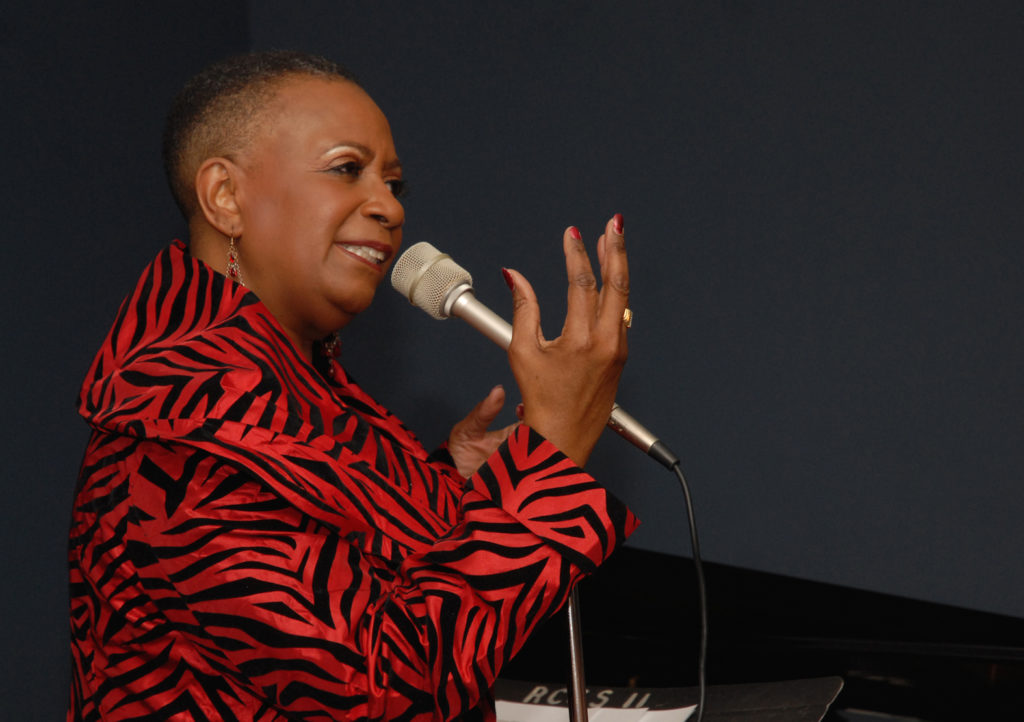 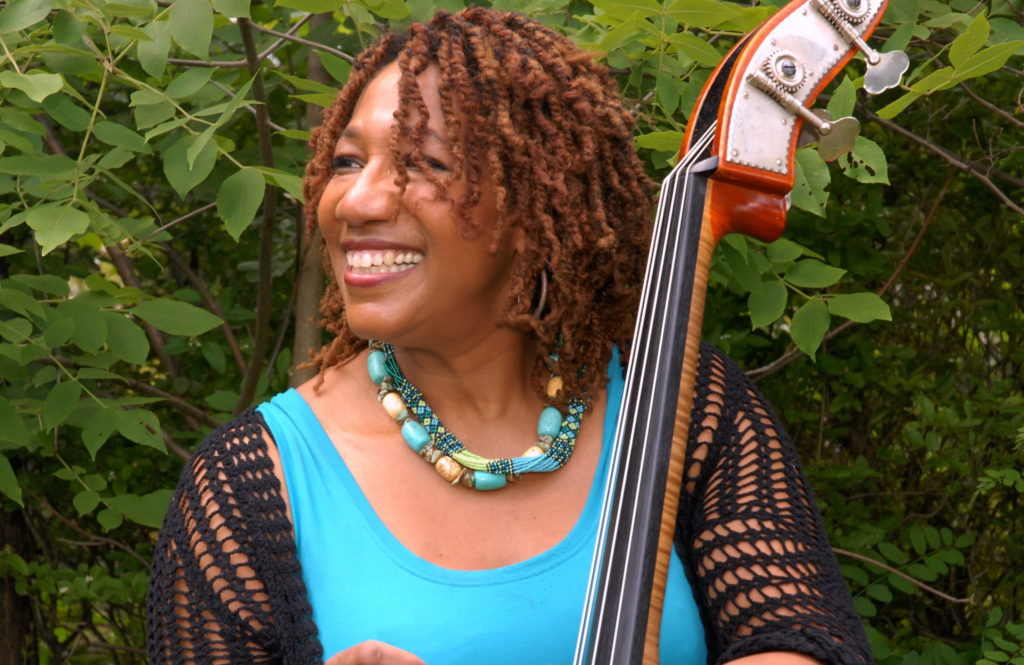 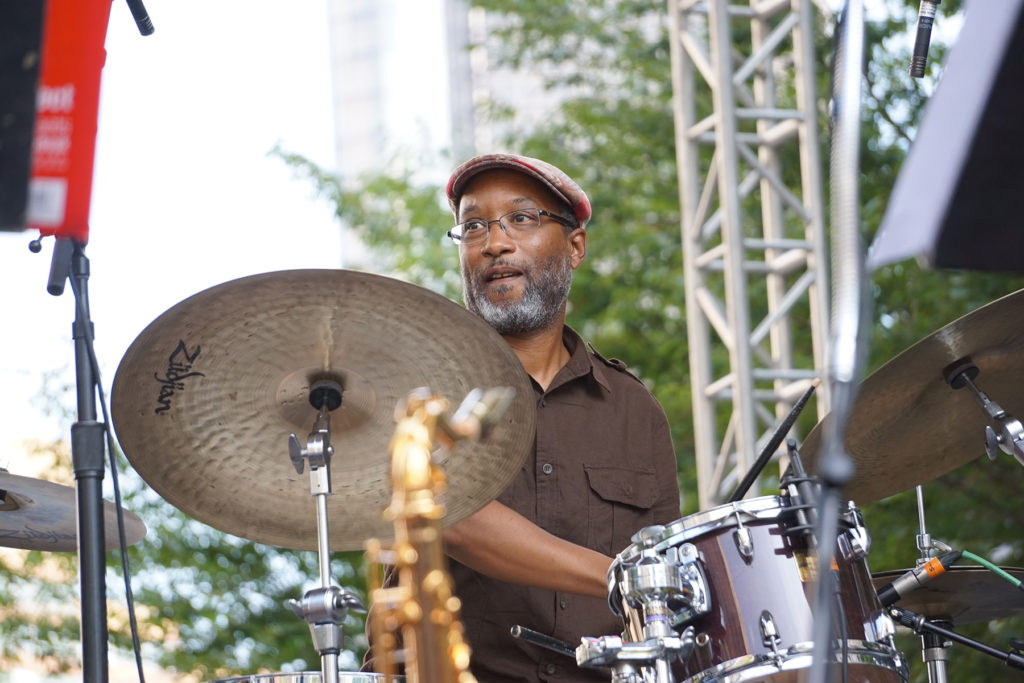 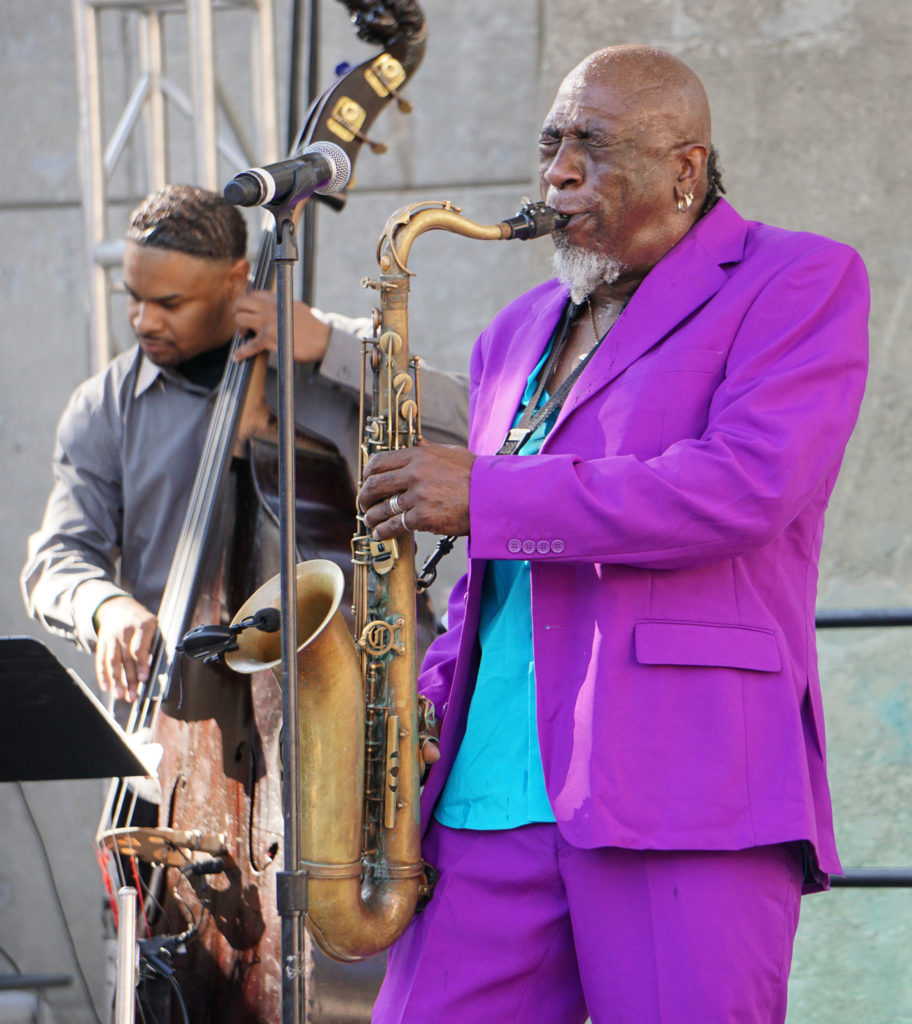 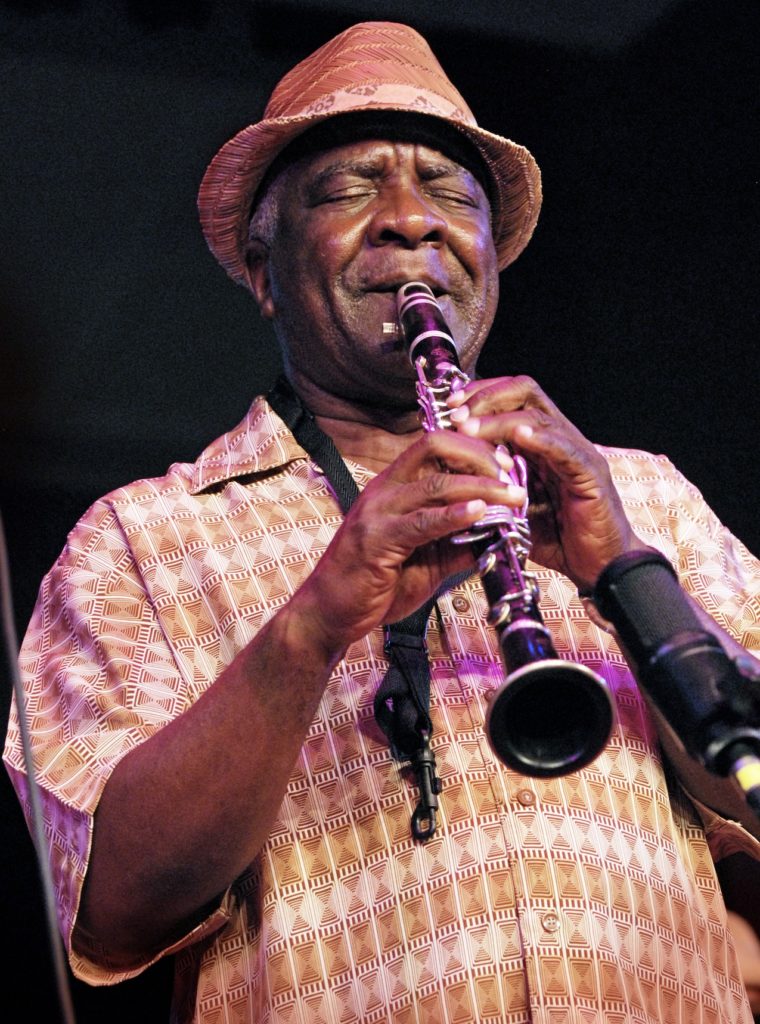 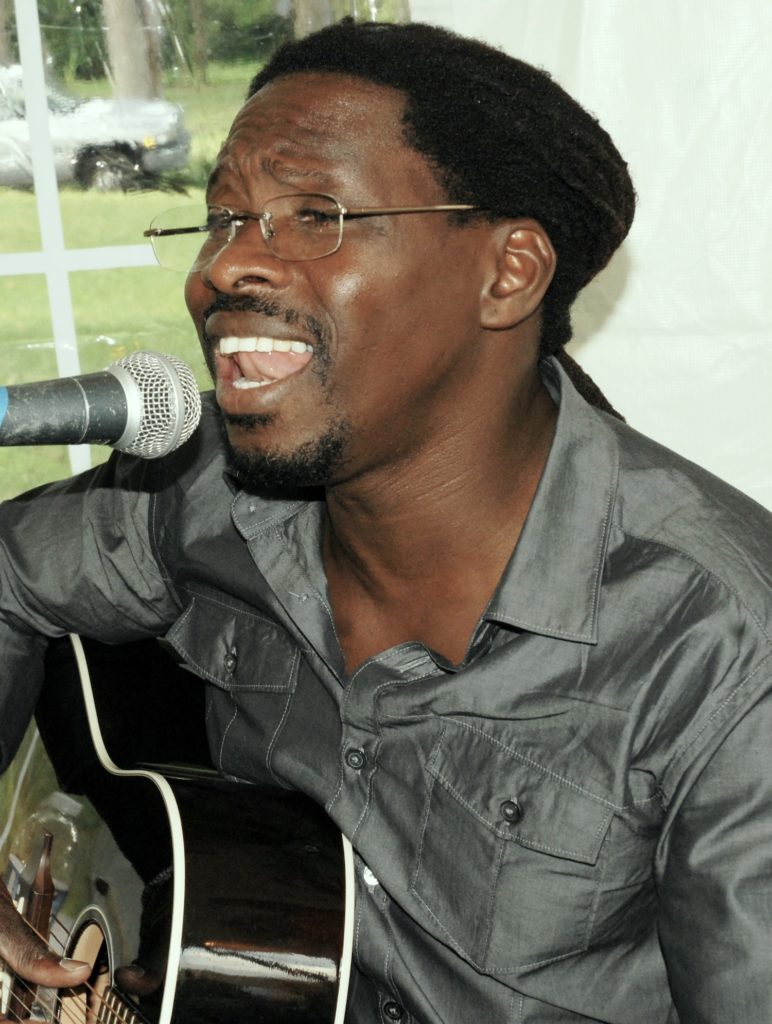 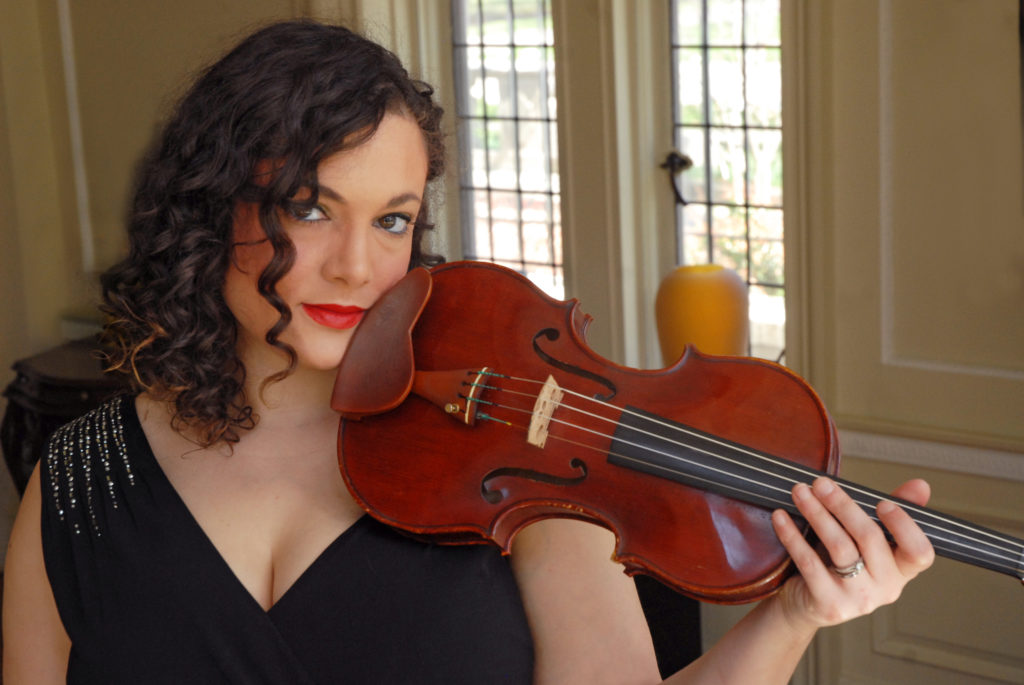 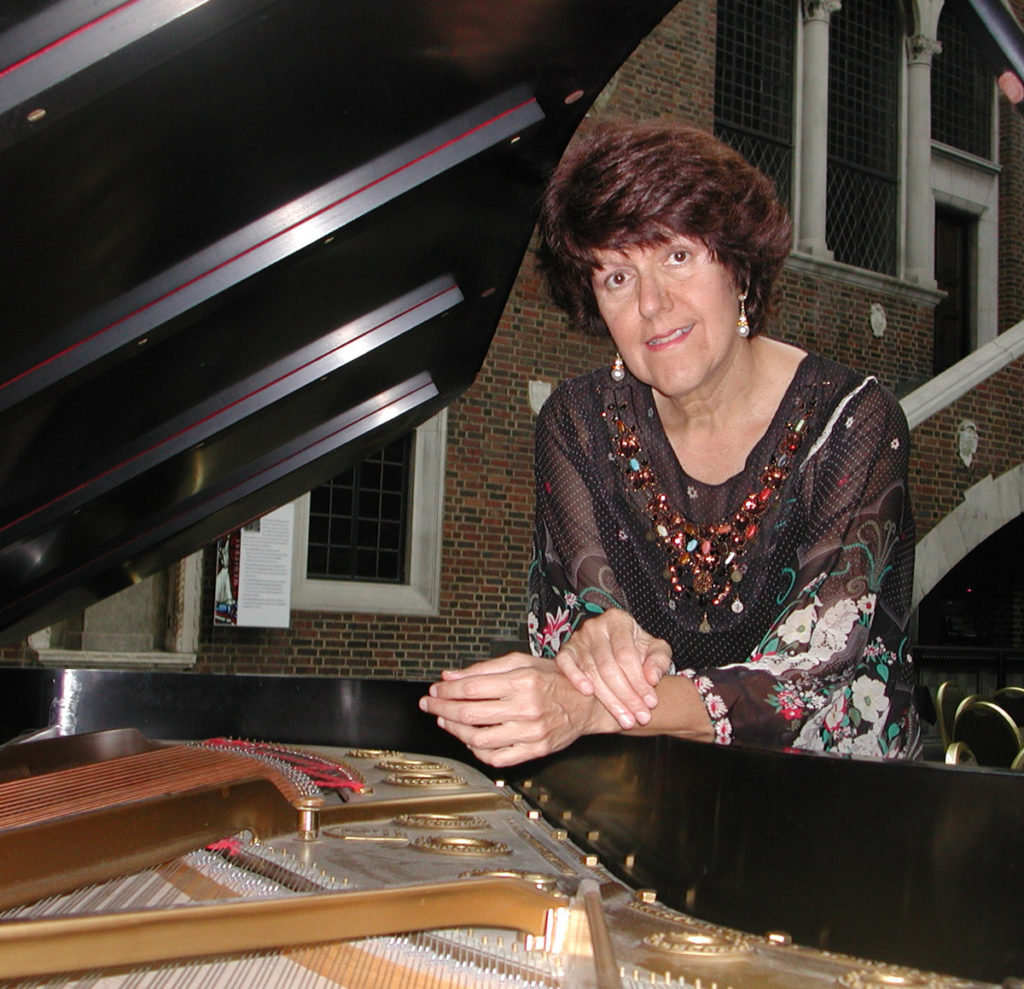 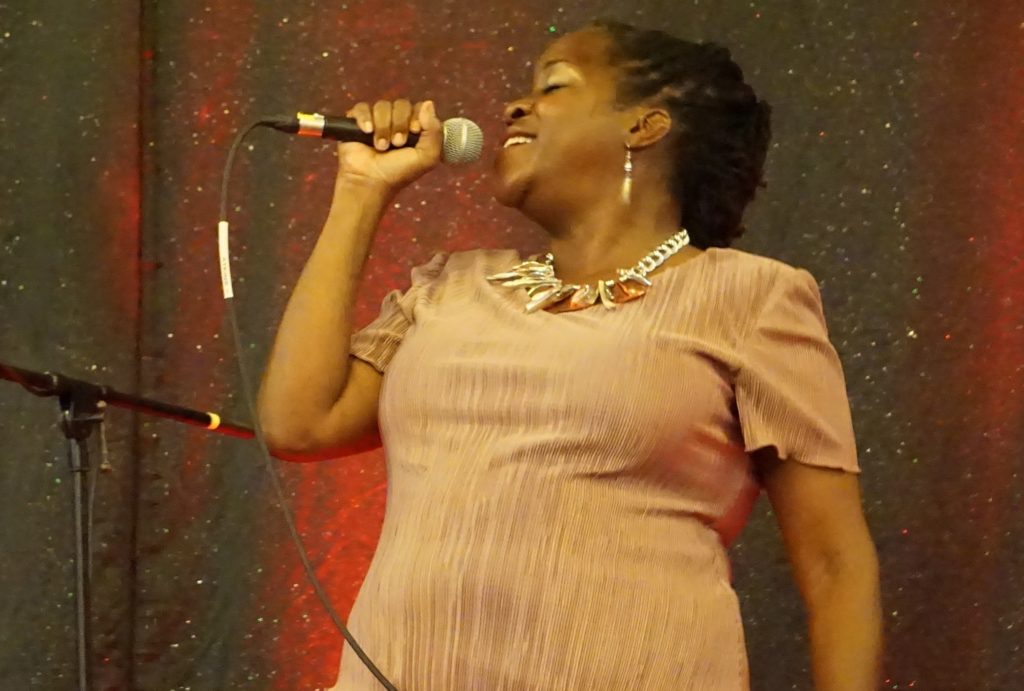 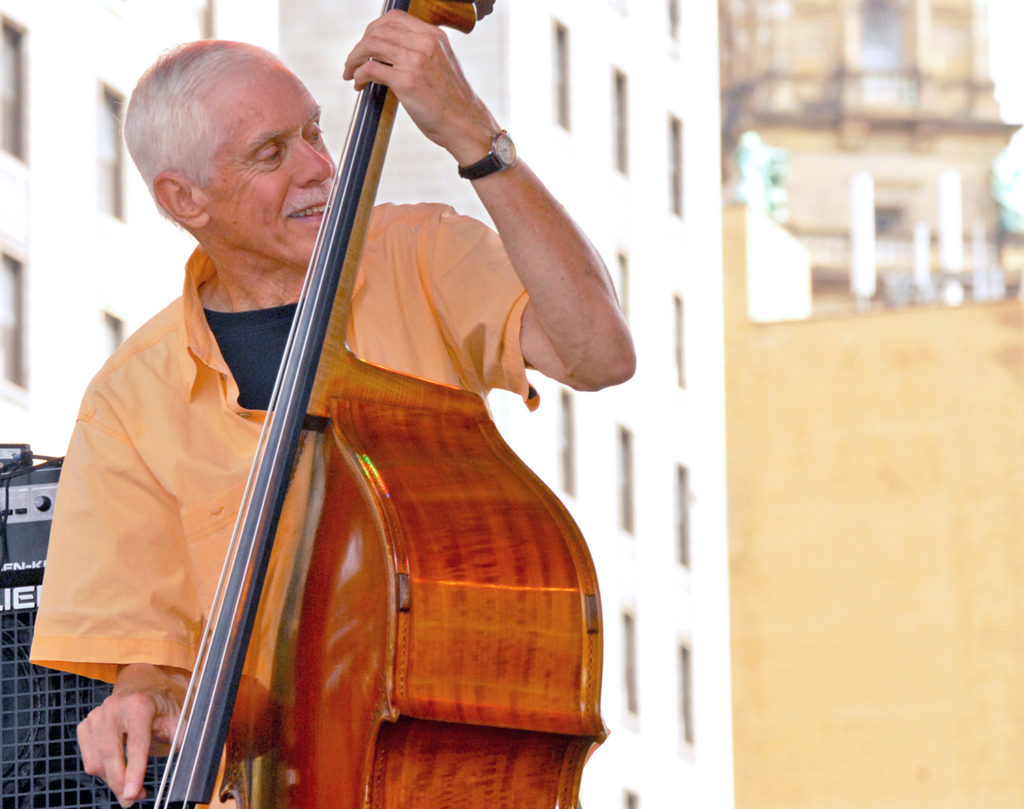 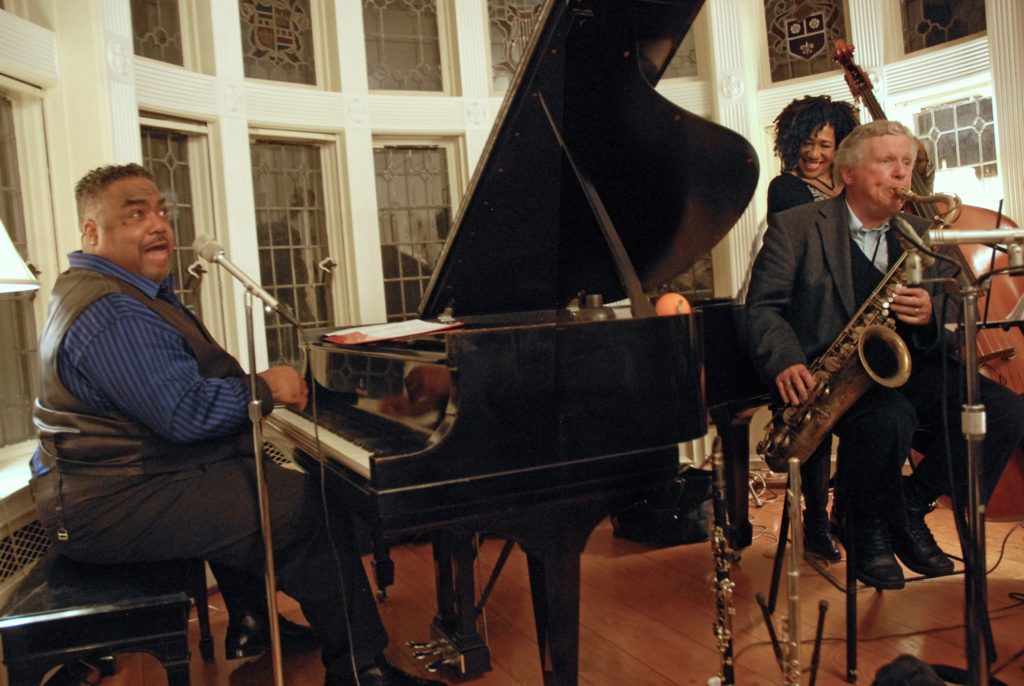 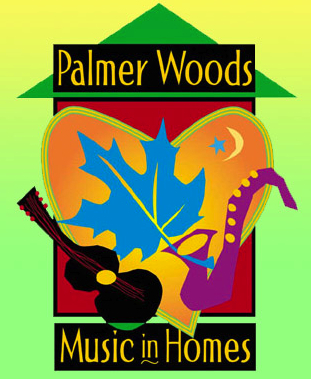 Celebrate New Year’s Eve a night early at our 10th season kickoff of Palmer Woods Music in Homes. Grammy-nominated jazz vocalist Carla Cook is a “straight ahead jazz diva with a gospel soul, big band heart, classical cool and improvisational hot. And what a beautiful voice,” raves JazzTimes. Internationally acclaimed, Cook is a native Detroiter and Cass Tech grad based in New York with her longtime collaborators, famed violinist Regina Carter and pianist Cyrus Chestnut. An all-star ensemble will accompany Cook: guitarist A. Spencer Barefield, bassist Dave Young (Canadian Juno awardee who performed with Oscar Peterson for decades), and percussionist Sean Dobbins. The festivities include a delicious light meal, gourmet pastries and desserts, and sparkling wine. This concert promises to be a very special evening of stellar traditional and contemporary jazz. Share a champagne toast, ­delicious food, and memorable music to ­celebrate the New Year in a majestic room designed for chamber music­. Soaring carved wooden walls and ­a bay window stage with sparkling stained glass surround this enchanting space inside an ­English Tudor built in 1925. Tickets: $60/VIP: $70 An evening of rich jazz history comes alive when pianist/vocalist Alvin Waddles tickles those ivories and plays the music of stride and ragtime legends Fats Waller, Jelly Roll Morton, and other greats. Bassist Marion Hayden, saxophonist Gene Parker and percussionist Djallo Djakate Keita round out this superb quartet. Waddles won glowing reviews for his central roles in “Ain’t Misbehavin” and “Too Hot to Handel.” He served as musical director/pianist for Cook, Dixon and Young (formerly the Three Mo’ Tenors), and worked with some of the world’s finest musicians, including Robert Shaw, Brazeal Dennard, Aretha Franklin, Anita Baker, Placido Domingo, George Shirley, Marcus Belgrave, Tramaine Hawkins, and others. Don a mask and costume to really get in the spirit, if you wish. During intermission, fill your plate with creole-style favorites—jambalaya, red beans, rice, corn bread.

This tribute to jazz giants features the thundering Dave McMurray on sax, Ibrahim Jones on bass, Jeffrey Canady on drums, plus A. Spencer Barefield on guitar.

The musicians will perform innovative and legendary works of jazz, widely considered to be America’s true Classical Music genre. 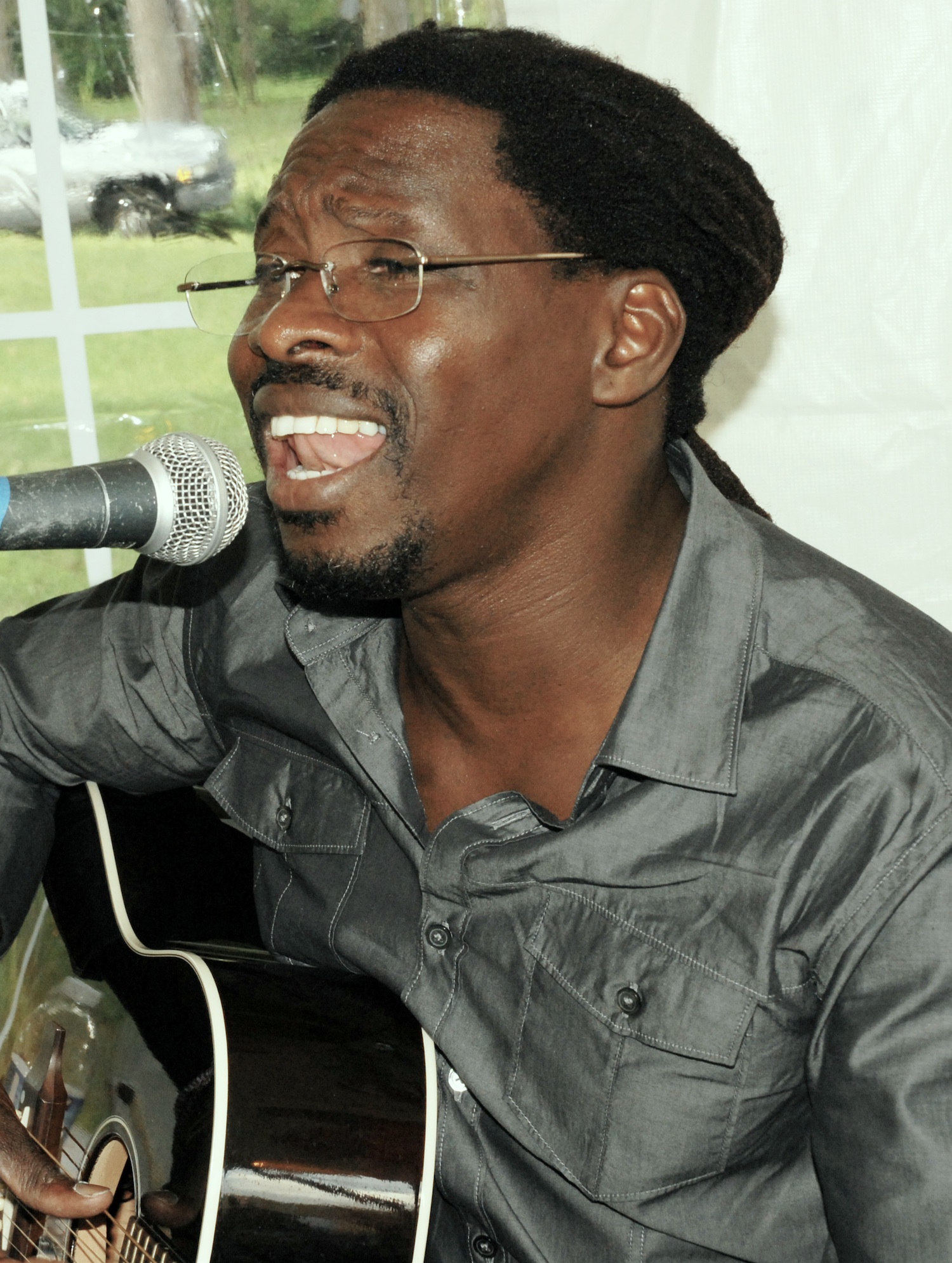 Celebrate springtime with Brazilian-born piano virtuoso Maria Meirelles and New York violinist Jannina Barefield Norpoth. Praised for her eloquent style, beautiful tone and brilliant technique, Meirelles has received acclaim throughout the U.S. and Latin America. She is widely known for her mastery of Beethoven’s 32 Piano Sonatas. Norpoth, who grew up in Palmer Woods, performs with the innovative New York-based PQ (PUBLIQuartet), who debuted at Carnegie Hall and are the 2016-17 Quartet-in-Residence at The Metropolitan Museum of Art in NYC. She has performed with PQ at the Detroit Jazz Festival, Great Lakes Chamber Music Festival, and throughout the U.S. Repertoire will include Sonata(s) by Prokofiev, Beethoven, Nico Muhly, a surprise guest to perform a tribute to Duke Ellington’s 118th birthday with Norpoth, and more.

Our annual Latin Jazz World Music concert is always a favorite. Orquesta La Inspiracion, founded by Puerto Rican congera Ozzie Rivera and under the musical direction of pianist Bill Meyer, is a large ensemble of some of the Detroit area’s most talented and knowledgeable Latin musicians.

In addition to Meyer on piano, La Inspiracion features a hot horn section led by saxophonist Chris Kaercher with trombonist Steve Hunter and trumpeter Ken Ferry; explosive percussions driven by top Latin musicians Miguel Gutierrez on timbales, Luis Hernandez on bongos, and Bobby Guzman on congas and vocals; plus Latino bassist Eddie Caraballo and soulful vocals with the dynamic Dulce Checkler and and special guest jazzy songstress Audrey Northington. The rhythms of salsa, merengue, cumbia and Afro-Caribbean jazz are sure to entice the audience to dance and sway out of their seats, and on a star-filled evening the lawn will be the dance floor.

The beats of salsa, merengue, cumbia and Afro-Caribbean jazz may entice you to dance and sway on a grassy dance floor beneath a star-studded sky. Festivities are held in a spacious tent in a Palmer Woods garden, with a tasty Latin-style meal lovingly prepared by our own Eva Garza Dewaelsche and served during intermission.

You may tour the home prior to the concert at 7:30 pm. 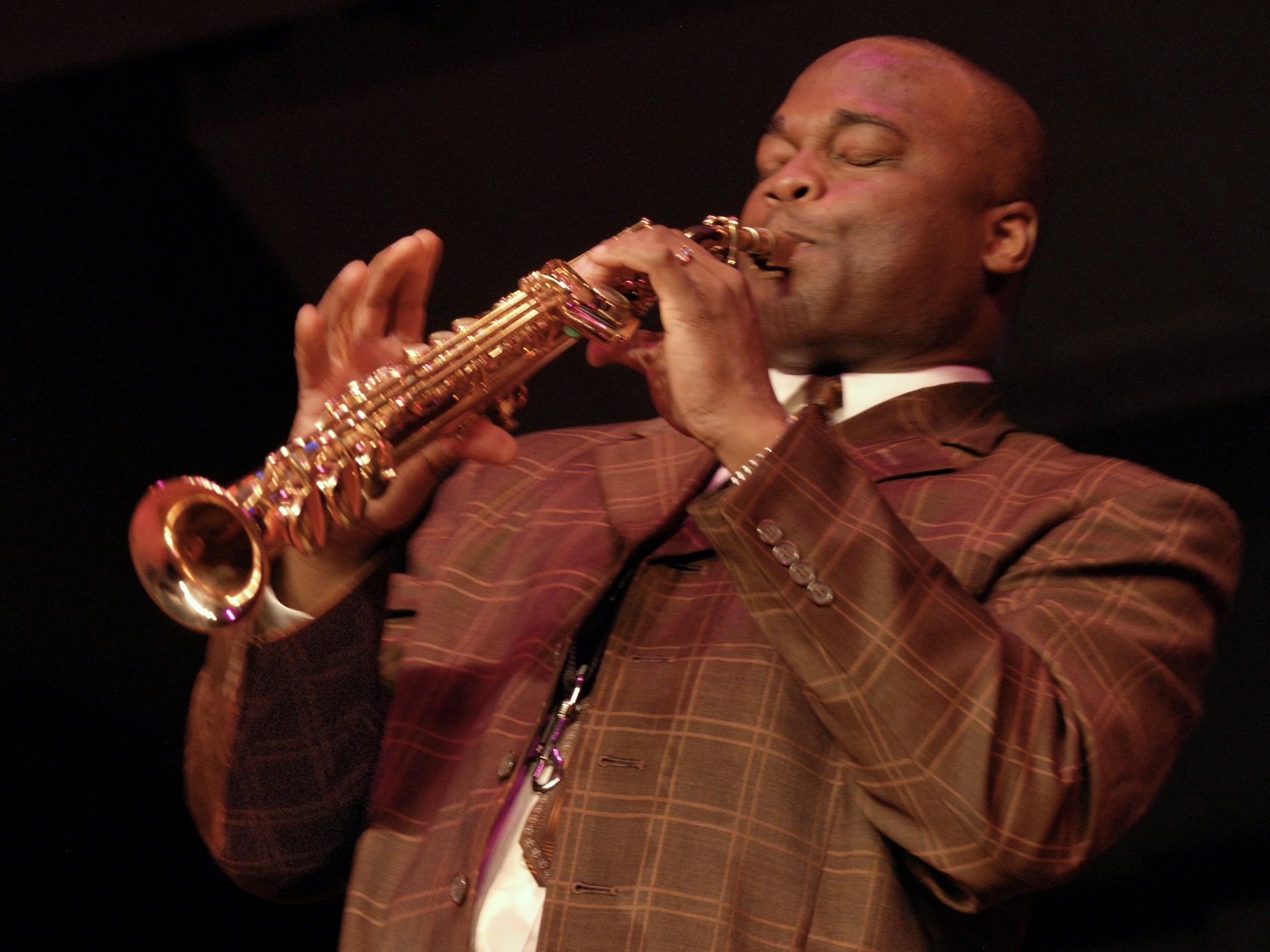 International saxophone sensation James Carter fills enormous festivals and concert halls around the world, so it is a rare treat to hear him in a more intimate setting. Extraordinarily virtuosic, Carter soloed with the Detroit Symphony Orchestra and Neeme Järvi in 2002 and 2003, performing a saxophone concerto written for him and commissioned by the DSO, which he since has performed with major orchestras worldwide. He crosses boundaries in both the jazz and classical worlds.

The St. Louis Post-Dispatch describes Carter as “… among the genre’s most engaging practitioners, an improviser of boundless imagination and barnstorming energy. Whether he’s roaring or rhapsodizing, Carter is the kind of performer who makes listeners extremely grateful that they’re within earshot.”

Carter is a powerhouse saxophonists and one of the most admired musicians of his generation. Composer/guitarist A. Spencer Barefield, who describes Carter as “the John Coltrane of our era” will join him. Carter and Barefield can be heard on Blue Note Records release “Detroit Jazz City” with other legendary Detroit artists. In the 1980s-’90s, Barefield and Carter toured the world with jazz legend Lester Bowie and others. A Kresge Arts Fellow, Barefield has received numerous awards for his music. Bassist Marion Hayden and percussionist Djallo Djakate Keita completes this incredible ensemble of world-acclaimed jazz stars. 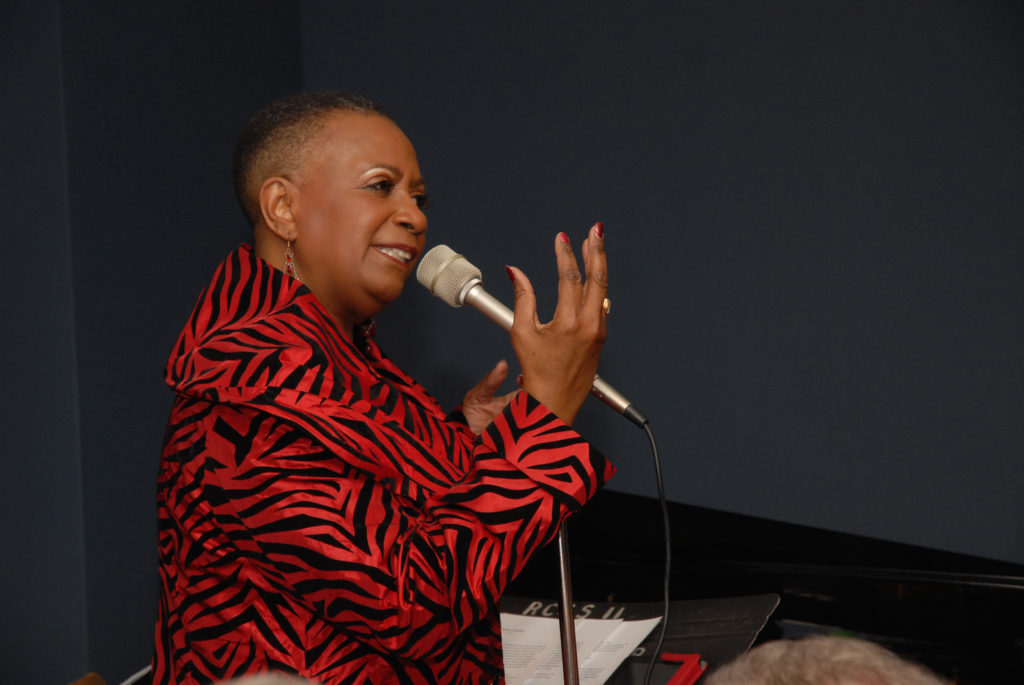 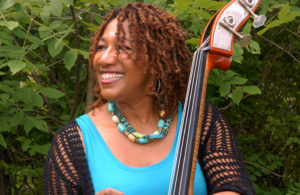 David Alan Grier, who was scheduled to perform on June 17, will be filming a new TV show and will not be able to join us in Detroit. We are thrilled to announce that Miche Braden will replace Grier.

An extraordinary Diva who’s well known for her portrayals of Billie Holiday, Ma Rainey, Valaida Snow and other legends, Miche Braden is famous for her role as blues giant Bessie Smith in the award-winning sensation “The Devil’s Music, The Life and Blues of Bessie Smith.” The musical, which premiered off-Broadway at St. Luke’s Theatre in 2011, has won high praises from the New York Post to The New York Times for Braden’s portrayal of the “Empress of the Blues.”

The musical continues to thrill audiences across the country. In a recent performance, The LA Times raves, “Bessie Smith’s outsized talents — and personality — are vividly channeled through a powerhouse performance by Miche Braden.”

The New York Times describes Miche as “A big voice full of blues, bawdy and unapologetic… she knows when to let it soar and when to keep it at an insinuatingly low simmer.” Detroit-raised Braden returns home for the Palmer Woods Music in Homes grand finale concert to share her bold and brilliant talents, from devilish to angelic.

A versatile artist, actress, singer, poet and songwriter, Braden was mentored by Motown’s Thomas “Beans” Bowles, Funk Brother Earl Van Dyke and  T. Harold Bowles, in addition to Jazz Master Harold McKinney. She has sung with Milt Hinton, Lionel Hampton, Regina Carter, and James Carter. She is featured on the James Carter release “Gardenia’s for Lady Day” (Sony/Columbia), and appeared with him at Carnegie Hall. Braden is featured on CDs to be released this year by Regina Carter and Gayelynn McKinney, with whom she shared the stage in the ensemble Straight Ahead.

Our very first Palmer Woods Music in Homes Mardi Gras Celebration in January 2008 featured the legendary clarinetist/vocalist Charlie Gabriel, who is now one of the leading members of the famed New Orleans Preservation Jazz Band.