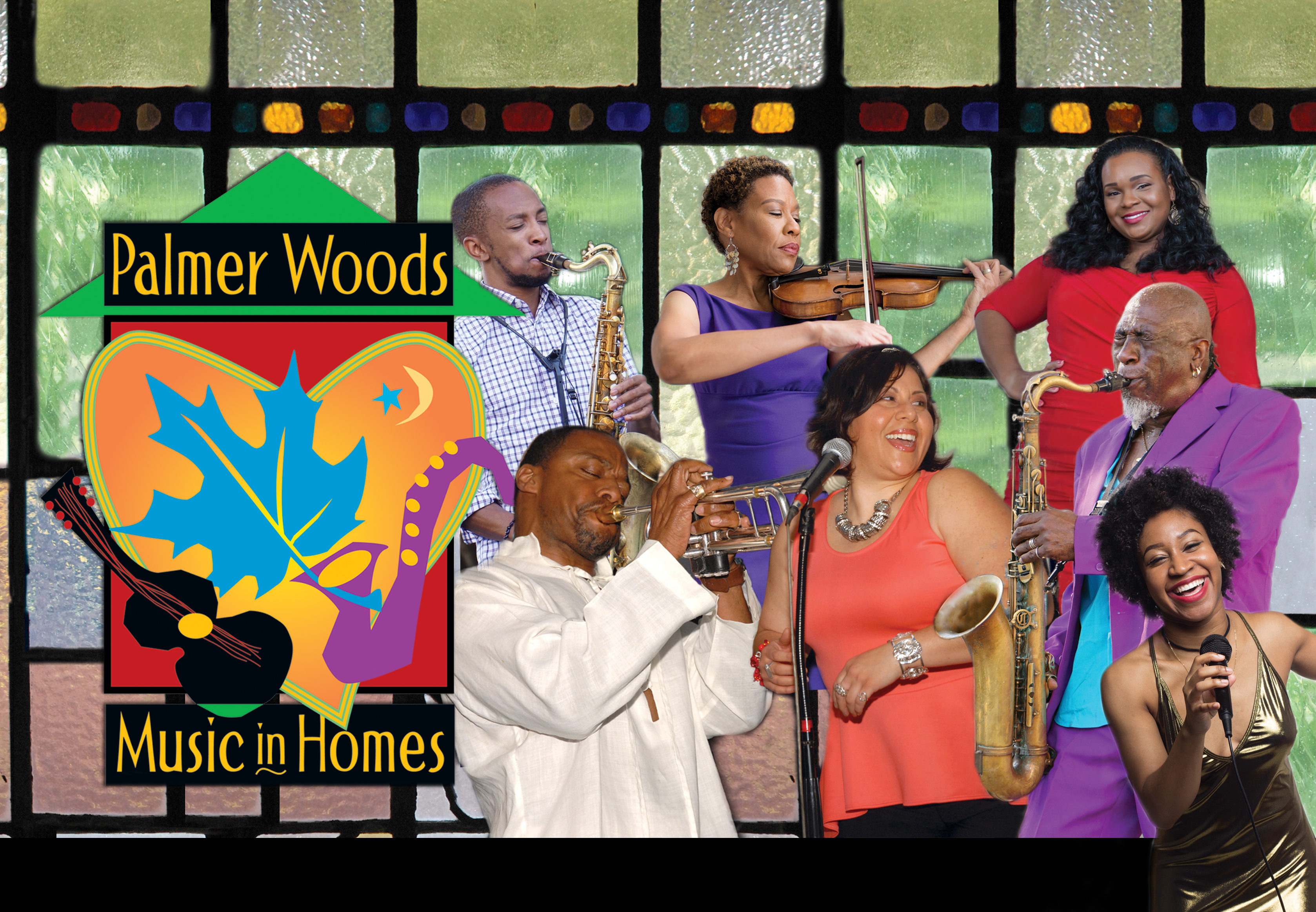 Vocalist Isis Damil, a relatively newcomer on the scene, joins forces with four jazz legends to kick-off our 12th season of Music in Homes. Creating the holiday spirit with Isis will be pianist supreme Cliff Monear and three Kresge Arts Fellows: guitarist A. Spencer Barefield, and bassist Marion Hayden and percussionist Gayelynn McKinney, two of the founders of the all-women’s Atlantic recording sensation Straight Ahead.

Only in her twenties, Isis Damil’s voice has the depth, richness and passion of an older and more seasoned singer. The daughter of two jazz musicians, her DNA is infused with music, propelling her to merge her Classical training with jazz, funk, fusion, neo-soul, scat, rap and R&B.

Barefield, the artistic director of Music in Homes, is “an extraordinary guitarist/composer” according to JazzTimes. He has performed extensively throughout Europe and the U.S. leading his own ensembles and with jaz z greats Roscoe Mitchell, Lester Bowie, Oliver Lake, Andrew Cyrille, and Richard Davis, to name a few.

Marion and Gayelynn are two of the most in-demand musicians on both the local and national scene, and have performed with numerous jazz veterans, including Marcus Belgrave, Geri Allen, Sonny Fortune, Steve Turre, James Carter, and Regina Carter.

The festivities include a delicious light meal, gourmet pastries and desserts, and sparkling wine for a pre-New Year’s Eve toast. Tickets: $60; VIP seating in front rows with additional leg room: $70.