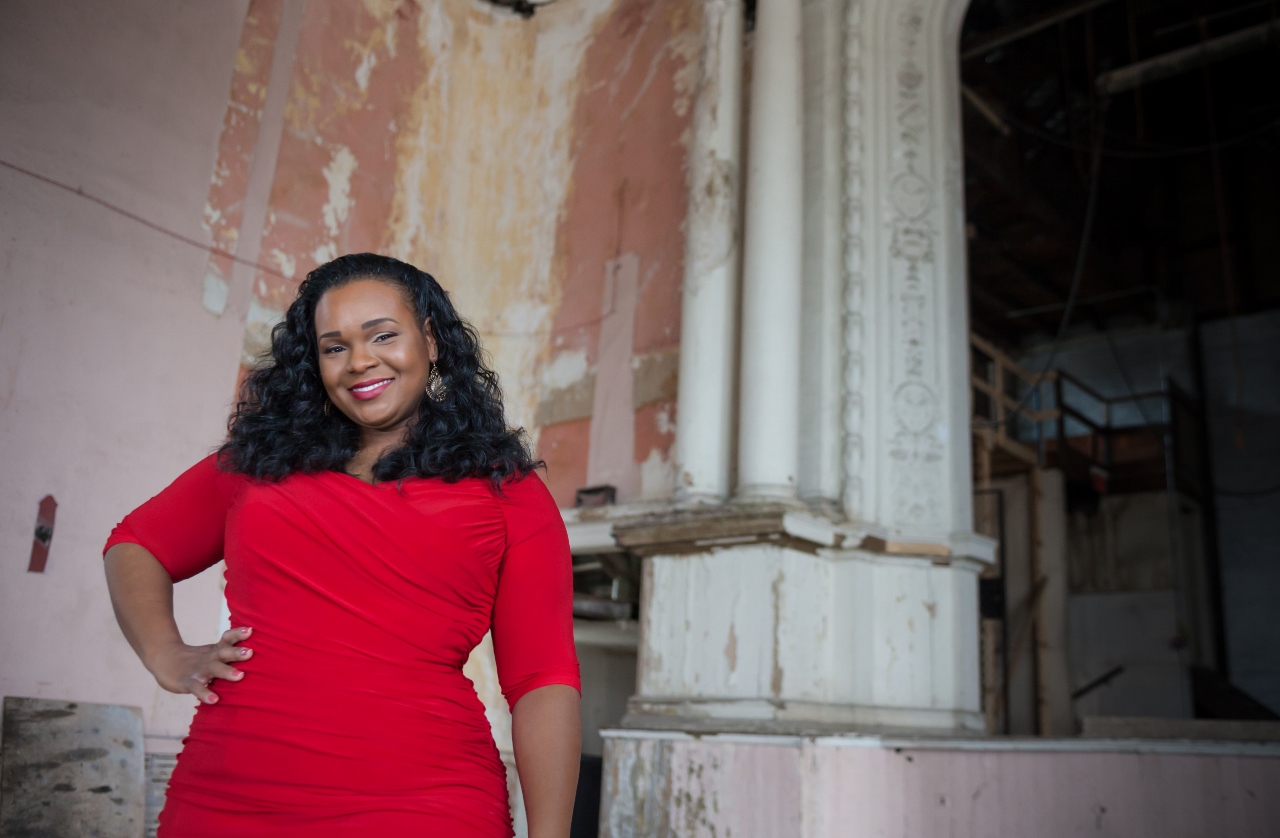 Not many people can front a jazz ensemble, sing Strauss’ “Four Last Songs,” lead a hip-hop band at the Sidewalk for Performing Arts Festival, and perform a contemporary song cycle within a summer’s time.

But Kisma Jordan can. “A shimmering soprano voice,” according to The New York Times, Kisma is a Metropolitan Opera National Council winner, has appeared with Lyric Opera of Chicago, Michigan Opera Theatre, Omaha Symphony Orchestra, and collaborated with Derrick May and the Detroit Symphony Orchestra, keeping one foot in the classical world and one charting new pathways as a singer-songwriter and musician.

Her creative talent and immense versatility has been acknowledged as a Kresge Artist Fellow and as a Knight Foundation Arts Challenge recipient. Invested in pushing the conventions of classical voice through an integration of operatic and soulful sound, she presented her OperaSoul project as a TedX Detroit presenter in 2017. In the 2017-2018 season, Kisma made appearances with the Toledo Symphony Orchestra and Warren Philharmonic, after her debut at the Savannah VOICE Festival as the recipient of The Sherrill Milnes American Opera Award in the 2017 American Traditions Competition.

Kisma earned her Bachelor of Music from Historically Black College Kentucky State University, and her Master of Music from Bowling Green State University-College of Musical Arts under Metropolitan Opera soprano Myra Merritt. She holds a post-graduate degree in Voice from Peabody Conservatory of The Johns Hopkins University, and was a resident artist at the prestigious Academy of Vocal Arts in Philadelphia, Penn.

Harpist Maurice Draughn, a protégé of Kresge Eminent Artist Patricia Terry-Ross, has soloed with the International Symphony, Rochester Symphony, Plymouth Symphony, Michigan Philharmonic, and Detroit Symphony Civic Orchestra. He also has performed with luminaries such as Aretha Franklin and Ray Charles. A founding member of the Modern Harp Quartet, Maurice is also an arranger and composer of music for harp and a prize-winning organist and choral director. As an educator, Maurice is co-director of the Harp Instruction and Performance Program which provides harp instruction for elementary and middle school students in the Detroit area.