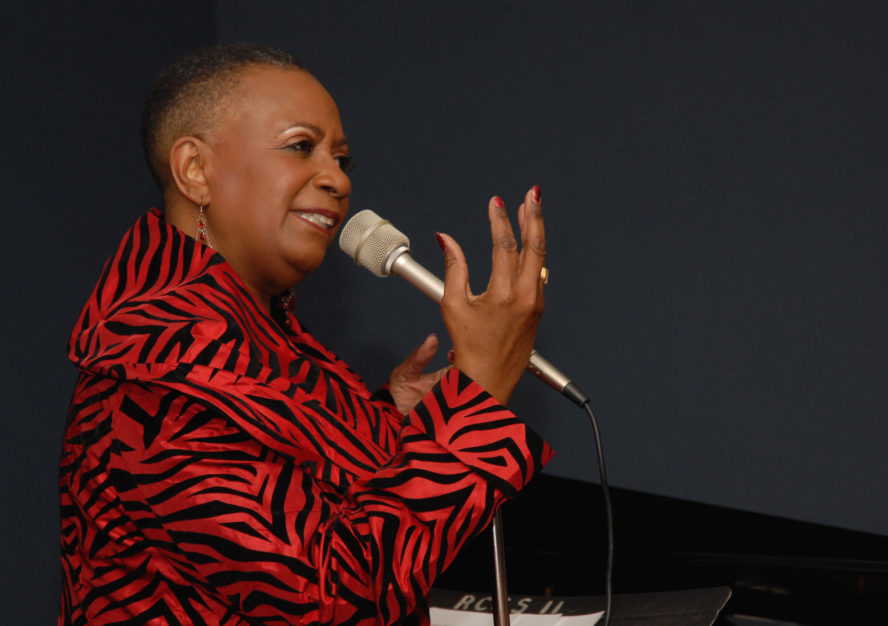 TICKETS:
Click here for tickets and more info about the concert series

BROCHURE:
Click here to download the concert brochure and mail-in ticket order form (Please note that the Grand Finale concert on Saturday, June 17 stars Miche Braden and not David Alan Grier as shown on the brochure.)

David Alan Grier, who was scheduled to perform on June 17, will be filming a new TV show and will not be able to join us in Detroit. We are thrilled to announce that Miche Braden will replace Grier.

An extraordinary Diva who’s well known for her portrayals of Billie Holiday, Ma Rainey, Valaida Snow and other legends, Miche Braden is famous for her role as blues giant Bessie Smith in the award-winning sensation “The Devil’s Music, The Life and Blues of Bessie Smith.” The musical, which premiered off-Broadway at St. Luke’s Theatre in 2011, has won high praises from the New York Post to The New York Times for Braden’s portrayal of the “Empress of the Blues.”

The musical continues to thrill audiences across the country. In a recent performance, The LA Times raves, “Bessie Smith’s outsized talents — and personality — are vividly channeled through a powerhouse performance by Miche Braden.”

The New York Times describes Miche as “A big voice full of blues, bawdy and unapologetic… she knows when to let it soar and when to keep it at an insinuatingly low simmer.” Detroit-raised Braden returns home for the Palmer Woods Music in Homes grand finale concert to share her bold and brilliant talents, from devilish to angelic.

A versatile artist, actress, singer, poet and songwriter, Braden was mentored by Motown’s Thomas “Beans” Bowles and Funk Brother Earl Van Dyke, in addition to Jazz Master Harold McKinney. She has sung with Milt Hinton, Lionel Hampton, Regina Carter, and James Carter. She is featured on the James Carter release “Gardenia’s for Lady Day” (Sony/Columbia), and appeared with him at Carnegie Hall. Braden is featured on CDs to be released this year by Regina Carter and Gayelynn McKinney, with whom she shared the stage in the ensemble Straight Ahead.

Thank you to our sponsors. Tonight’s concert sponsor is City Living Detroit.