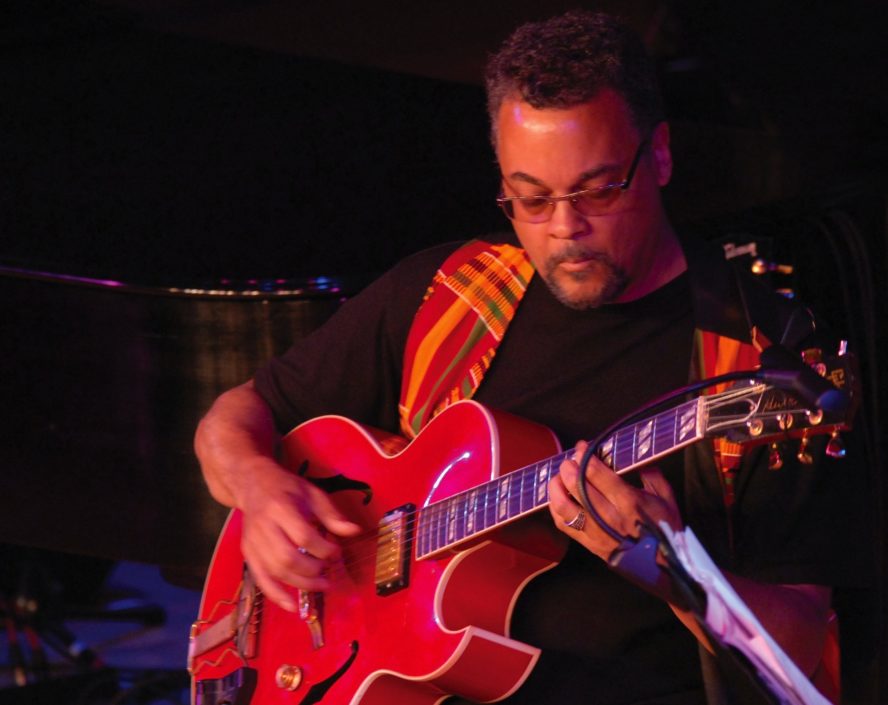 In the U.S., the month of February is observed as Black History Month, a time to remember the important contributions and achievements of African Americans. Undoubtedly, honoring and recognizing the myriad of accomplishments made by people of color should not be pigeon-holed into one month. However, we take this opportunity to pay special tribute to preeminent Black jazz composers, musicians and trailblazers.

MIH’s homage to Black Music features an ensemble of extraordinary musicians of multiple generations who will perform innovative and legendary works of jazz from bebop to avant garde and beyond, from the 20th century to the present. Brimming with imagination and integrity, these musicians have improvisational chops rooted in deep knowledge of the classics of jazz, enabling them to perform challenging compositions by the recently departed piano masters Muhal Richard Abrams and Geri Allen, as well as works by Monk, Coltrane and others.

The concert will also feature decades of works by A. Spencer Barefield commissioned by the Kresge Foundation, National Endowment for the Arts, Meet the Composer, Arts Midwest, Arts International, MCACA, Arts Foundation of Michigan, and elsewhere. His music is lauded by Downbeat Magazine critic Bill Shoemaker: “Barefield’s synthesis of African string music, jazz, and timbral investigations…coupled with his compositional versatility, merits special consideration…he is nothing less than captivating.”

Barefield’s ensemble includes some of Detroit’s most established, as well as rising stars: Sean Dobbins on drums, Marcus Elliot and Rafael Statin on saxophones, Jeff Padraz on bass, and Ian Finkelstein on piano.

Dobbins, a former director of the DSO Civic Jazz Orchestra, is a vibrant educator who leads the Spartan Youth Jazz Orchestra at Michigan State University, serves as a special lecturer at Oakland University, and is a faculty member at University of Michigan and Wayne State
University. He’s  a highly accomplished drummer/percussionist who has performed and toured with the likes of Johnny Bassett, Benny Golson, Dr. Lonnie Smith, Frank Morgan, Joey DeFrancesco, James “Blood” Ulmer, Marcus Belgrave, Rodney Whitaker, and others. His numerous recordings have received accolades, including the Blue Note Records release Detroit Jazz City, along with James Carter, Marcus Belgrave, Marion Hayden, A. Spencer Barefield, and others.

Marcus Elliot, another jazz composer/educator, has gained widespread recognition and praise in recent years. He has been playing professionally since the age of 15. He was the Director of the Detroit Symphony Orchestra’s Civic Jazz Orchestra in 2012-2013, and prior to that he was a saxophone instructor at The Young Musicians Program in Berkeley, California.

Elliot has performed around the world, including Cuba, Barbados, South Africa, Egypt, Indonesia and elsewhere, and has led his own band, the Marcus Elliot Quartet, for nearly a decade.

The description of saxophonist Rafael Statin on Cliff Bell’s website describes the rising star wonderfully: “Rafael Statin is one of those rarest of young jazz instrumentalists who can combine great passion, intellectual discipline, and a spiritual fire that is evocative of great artistic creativity. He has so far established himself as a remarkable composer and musician. Rafael has had the greatest privilege of sharing the bandstand amongst two of the very best Jazz musicians of today, Robert Hurst III and Jeff “Tain” Watts.”

Jeff Pedraz is a native of Philadelphia, and yet another outstanding composer/educator. While there, he worked with jazz luminaries, such as drummer Mickey Roker, saxophonist Cecil Payne and others. He has toured internationally with jazz guitar legend Pat Martino. In the faculty of the University of Windsor, Pedraz is known for his versatility and virtuousity on both the double bass and electric bass. A sought after bassist, he has worked in a range of musical genres ranging from orchestral to jazz and beyond.

Ian Finkelstein, a protegé of the late Geri Allen, is a jazz pianist, producer, composer and educator. In addition to Allen, he’s been mentored by top musicians Marcus Belgrave and Tad Weed, and has shared the stage with many legendary artists, including Benny Golson, Robert Hurst and others. In 2014, he performed in Belgrave’s band at Dizzy’s Club Coca-Cola in New York with Marcus Elliot, Marion Hayden, Joan Belgrave, and Gayelynn McKinney. New York Times Jazz writer Ben Ratliff wrote, “the band also included two young Detroit musicians, the tenor saxophonist Marcus Elliott and the pianist Ian Finkelstein, convincing and confident, evolved in touch and tone, the kind of musicians New York would be lucky to have.”